A show as part of the PERFORMING ARTS FESTIVAL Berlin

The young start-up Climate Corporations has made it its mission to promote an affirmative approach to climate change. Anyone experiencing ecophobia, or anxiety caused by pervasive worries over cataclysmic environmental degradation, is invited to attend one of their "climate parties" ? events that offer an innovative anti-activist and decidedly anthroposophical platform to explore the ways in which climate change has impacted their quality of life. With the support of Climate Corporations' uniquely qualified team they will discover strategies to minimize lifestyle restrictions borne from ecophobic thoughts and behaviors. For this purpose Climate Corporations have originated an one-of-a-kind format to make climate change immediately experiential, and provide coaching and workshopping opportunities in an inspiring and supportive setting. Togetherness and euphoria as an antidote to crisis! High-powered surrender instead of paralysis and despair! CLAIM CLIMATECHANGE? YOU'VEEARNED IT!

LIKETHERE'SNOTOMORROW is both an immersive performance installation and a satirical social experiment: 90minutes dedicated to fully interactive engagement with notions of self-discovery, self-care and community in an age of global environmental disaster,aswell asthe neo-liberal model of hyper-individualism to combat feelingsof helplessnessand lossof agency caused by eco-despair. In doing so, LIKE THERE'S NO TOMORROW playfully investigates the aestheticization of disasters,corporategreenwashingstrategies,andperformativeresponsestothephenomenonof ecophobia.

Jos Porath (www.josporath.com) creates immersive installations. Their interdisciplinary practice can be understood as an investigation into the lure of dystopias, as well as an ongoing social experiment on accountability, self-determination, boundaries and vulnerability in non-traditional immersive formats. Jos' audio-visual installations have been shown at galleriesinBerlinandLondonincludingTheTanksat TateModern;theyhavedirectedanumber of criticallynotedimmersive performanceinstallationsinoff-sitevenuesandat severalinternational(performing)artsfestivals.

Melody Pasanideh studied philosophy and scenography while also working at cultural institutions including Vienna's Burgtheater. Her practice is informed by existentialist and surrealist works and ideas alongside critical observations of societal power hierarchies and global mass media manipulation. Melody is currently based in Berlin, Germany where she realizesimmersiveinstallationsasdirector,scenographer andperformer.

Jos and Melody met when they were working with renowned performance collective SIGNA in 2016. LIKE THERE'S NO TOMORROW isthesecondproductionthat theyarerealizingtogether. 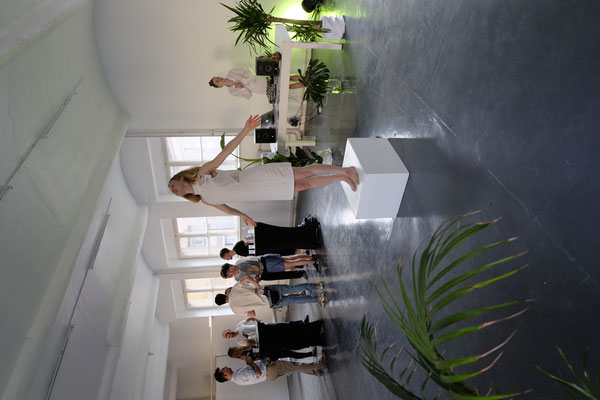 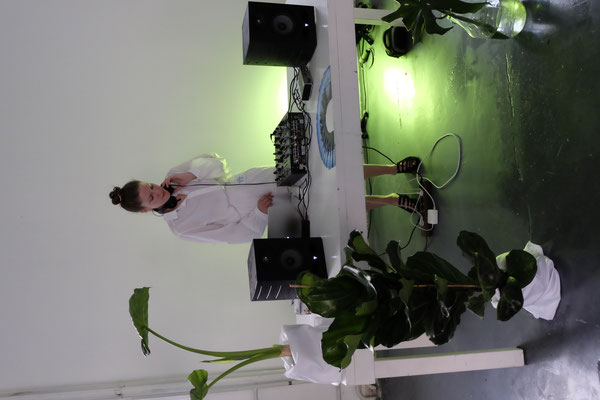 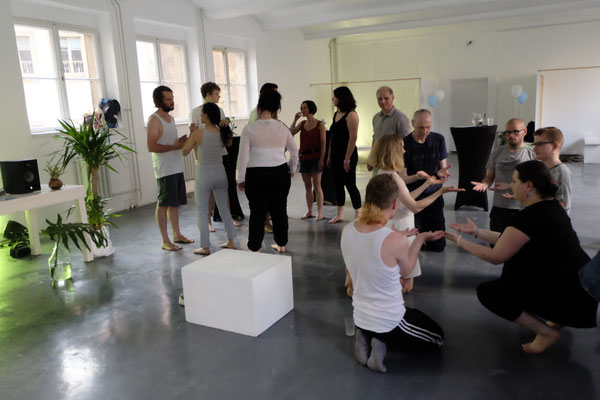 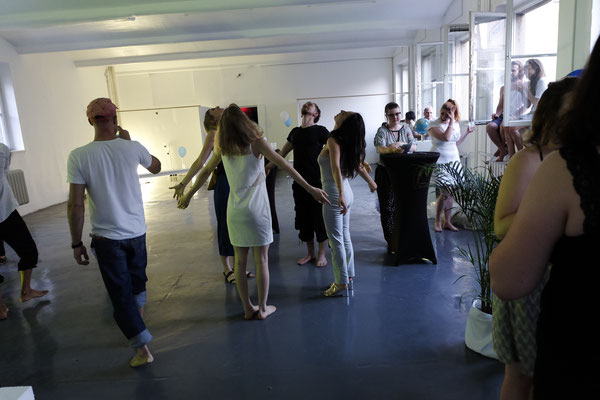